There is nothing better than to escape the hustle and bustle of the city and visit a park. Best of all, you don’t even have to travel very far! Located in the suburb of Melbourne, our urban parks are there for you to enjoy nature near you. With their large spaces and numerous facilities, they are the perfect place to exercise, socialize and relax in a natural environment.

Our urban parks have not always been what they are today. A visit to the city parks can offer a glimpse into Melbourne’s past, from the surviving buildings to the variety of native plants and their unique conservation values. Travel through time in some of our urban parks and learn about the exciting developments that will allow future generations to continue to enjoy these parks.

Located less than 30 minutes southwest of Melbourne, it is arguably Victoria’s richest heritage site. A look at the history of Gellibrand Point Heritage Park reveals 150 years of industrial use.

John Batman named the area Point Gellibrand when he landed in 1836 and in 1838 a bluestone quarry was opened. The quarry was a key source of bluestone for Melbourne’s buildings, roads and piers. The convicts cut, transported and laid the rock and built the present battery road. It is even said that Ned Kelly worked on the retaining wall in 1873, before it was rebuilt later in the 1960s!

Following the discovery of gold, Point Gellibrand was an integral part of the distribution of goods within the colony. The increased wealth during this period led to the construction of the Point Gellibrand Fort – the first on the continent.

Today visitors can revisit that history by visiting Fort Gellibrand or retracing Ned Kelly’s footsteps along Battery Road. The park is popular for nature lovers and bird watchers. A stroll or stroll along the Bay Trail is the perfect way to take in the scenery and views of the bay.

In order to protect this rich heritage area for years to come, the seawall at Point Gellibrand Heritage Park will either be repaired or rebuilt in 2022 to make it safe and functional for years to come. This work is part of a $ 21 million investment in our urban parks through the Urban parks active wellness program.

Melbourne’s largest bush park has a rich Aboriginal and European past. Located just nine kilometers from the CBD, where the Yarra River and Merri Creek meet, this site has long been an important site for the Wurundjeri people.

Yarra Bend Park and neighboring Studley Park were reserved in 1877. The two park areas and several reserves were combined in 1929 to create one large park.

Remnants of the park’s history are waiting to be discovered. A bluestone pillar marks the site of the asylum and an artificial spillway remains of one of Victoria’s first flour mills – Ceres Flour Mill. Visit Studley Park Boathouse where you can hire a rowboat and paddle upriver. The boathouse is also the perfect place to stop for a bite to eat.

A colony of nationally threatened gray-headed flying foxes have made their home in Yarra Bend Park. Successfully moved from the Royal Botanic Gardens to Yarra Bend Park, the colony is a must-see on any visit to the park. The best vantage points are on Yarra Boulevard or the Bellbird Picnic Area.

Yarra Bend Park has seen many evolutions, and this journey is not over yet. The Fairlea reserve, not far from the blue stone pillar, will soon welcome eight new netball courts. 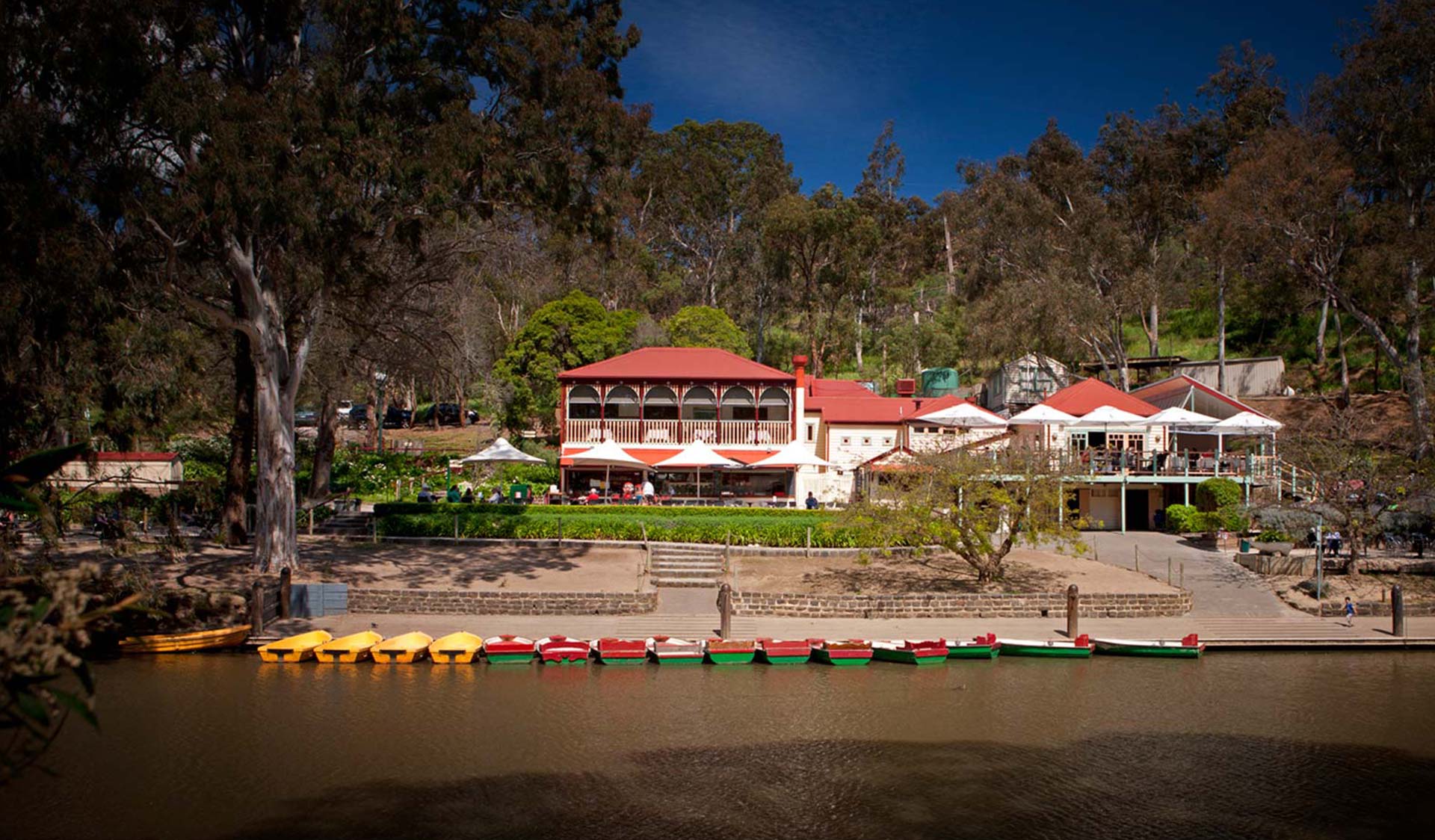 The area we know today as Braeside Park has a history of various owners and uses since European colonization. In the traditional country of the Bunurong people, this area was used for grazing, market gardens and a sewage treatment plant.

In 1930-1, the land was even used as a training ground for racehorses. The facility even housed the famous Australian racehorse Phar Lap for a few weeks! This legacy lives on today with the Phar Lap Track in Braeside Park (2 km circuit). Walkers and runners can follow the old training track where Phar Lap pounded his hooves.

Visitors to the park today will find an oasis of parkland in the suburbs. The park celebrates its important environmental and cultural heritage. Painted art walls show off the area’s flora, fauna, and cultural heritage, while tree stump art sculptures of local celebrities line Cypress Drive.

With large spaces, free electric barbecues and a playground, the park is perfect for a day out with the family. Soak up the history, hike the hiking trails and keep your eyes peeled for diverse wildlife.

Braeside Park is one of 21 parks receiving $ 21 million in improvements through the Urban parks active wellness program. These improvements to the urban parks in our estate include new shelters and picnic tables, renovated or improved toilets, parking lot repairs, improved electric barbecues, replacement of play equipment, signage improvements, wider and more accessible trails and trail repairs. The first works are expected to start at Braeside Park in October 2021. 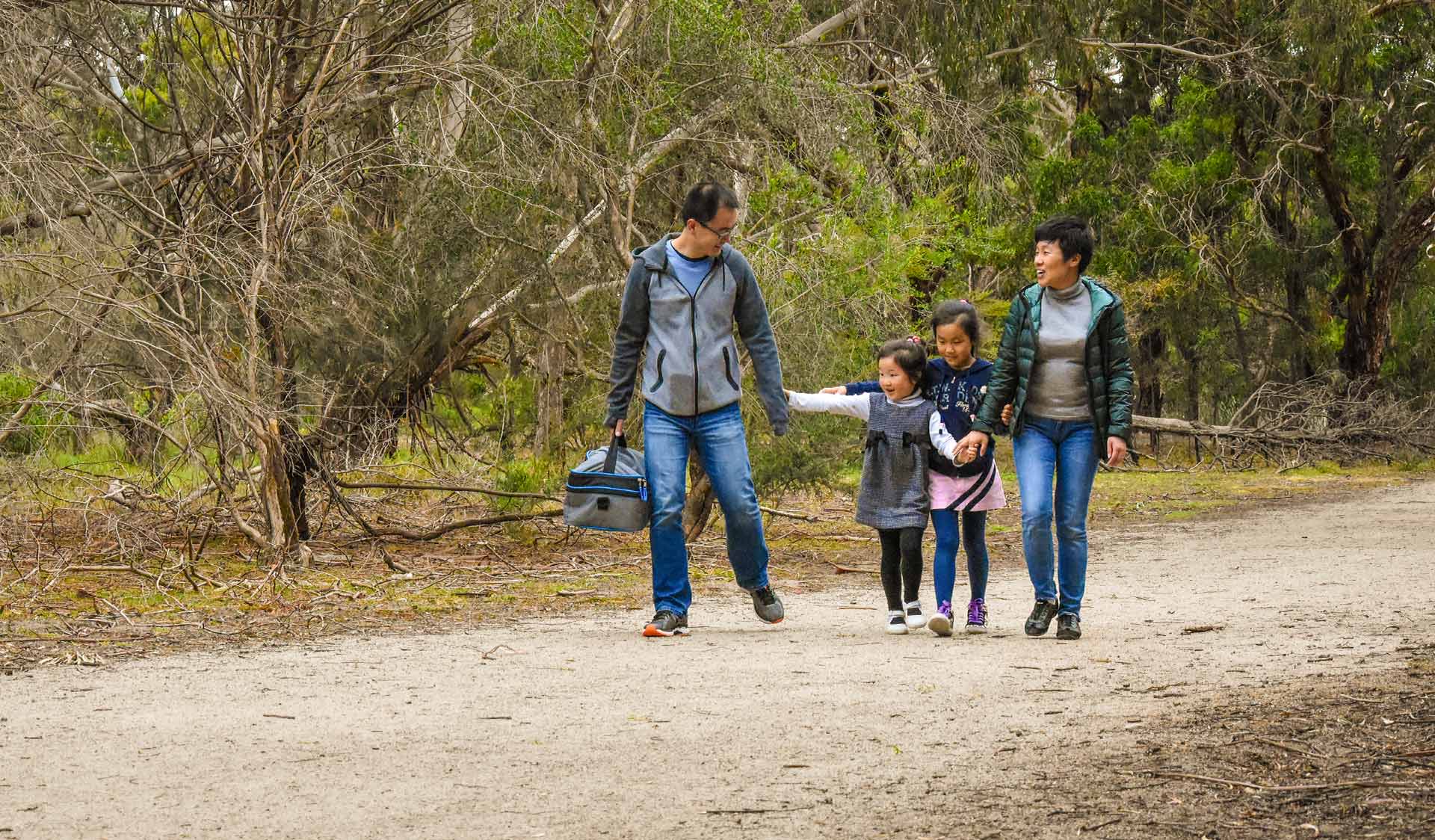 Wattle Park was established in 1917, when the Hawthorn Tramway Trust came up with the idea of ​​putting an “amusement park” at the tram terminus. By providing a leisure facility to the public, the park has also helped promote the use of the new tram line on weekends and holidays. The park is the only surviving Australian example of a park established, owned and operated by a transport authority.

You will find Wattle Park in the south-east of Melbourne, a 30-minute drive from the city. Enjoy a picnic in the park and be entertained by the Melbourne Transit Band (one Sunday per month from October to April), which has been part of the park since 1941. Spring visitors can enjoy the acacia tree that gives his name at the park.

The park’s transportation history remains an important and unique feature. Two Class W trams provide unique picnic shelters and play areas. Built between 1923 and 1956, the Class W tram family was designed due to the conversion of cable tram lines to power lines and the planned expansion of the Melbourne system.

The historic stone waiting shelters, which originally served the tram, also remain in the park. They form entrances for pedestrian access to the park on Riversdale Road and at the corner of Warrigal and Riversdale Road.

This popular park is undergoing exciting changes with the Victorian government invests $ 4.3 million in park. Upgrades on offer include a new all-ability and upgraded walking and running tracks.

The new playground features a Tram Fort with climbing frames, hammocks and an upper level. This key feature of the play landscape will ensure respect for the heritage of the tramway while providing stimulating and diverse play experiences. 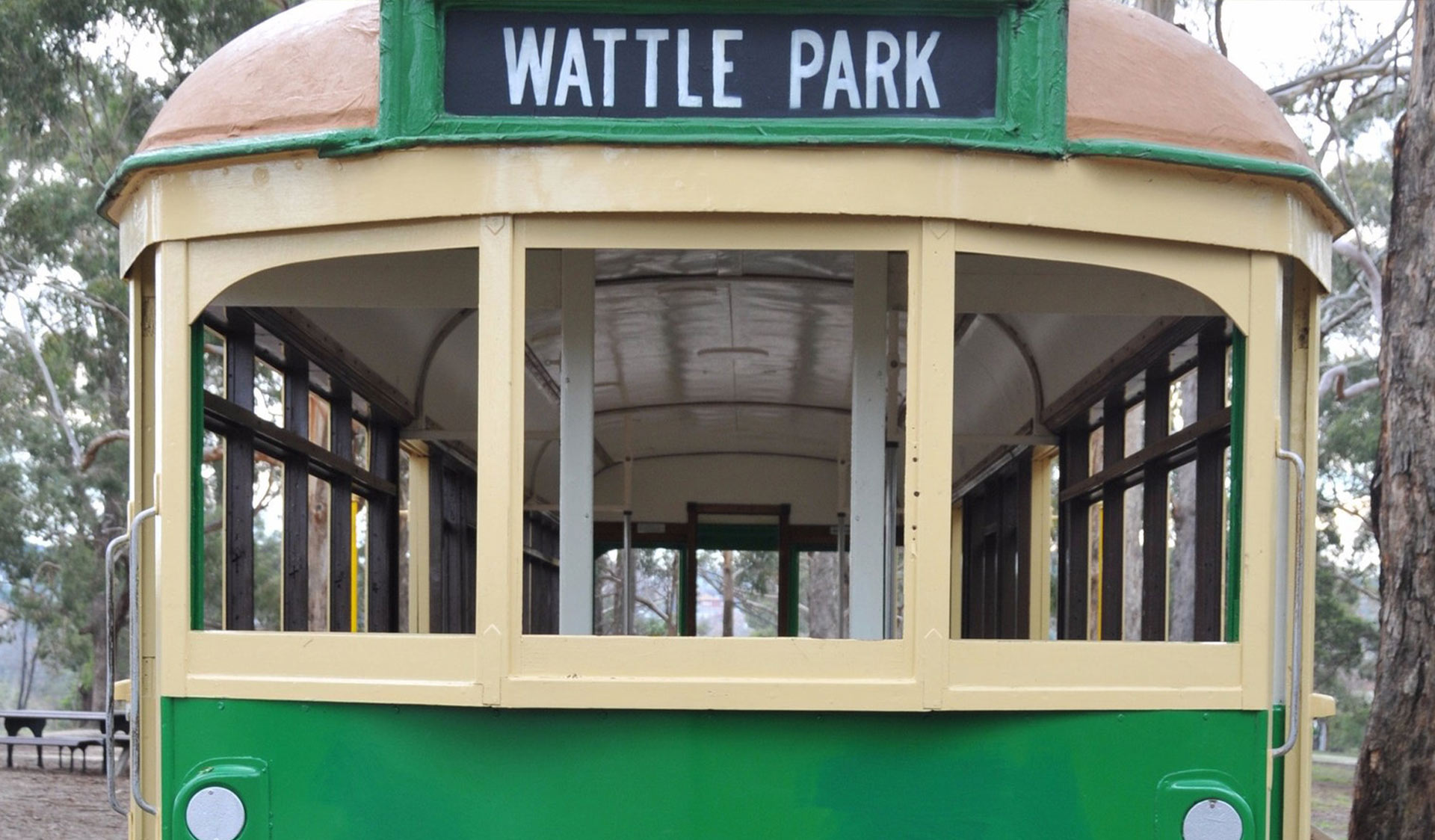 Yan Yean Reservoir Park is an hour’s drive north of Melbourne. Its story begins with a convict transported to Tasmania on charges of embezzlement. After being pardoned, James Blackburn, a civil engineer, moved to Melbourne and designed the Yan Yean Reservoir.

Work began in 1853 and lasted four years, costing over 750,000 pounds. While James Blackburn did not live to its completion, the legacy of Victoria’s first tank lives on. It is now the oldest water storage site in Victoria.

Shortly after the reservoir was completed in 1857, it was proclaimed a permanent reserve for water catchment. Over 150 years later, the park is as popular today as it was when it opened.

Visit the park and admire the historic features of Melbourne’s oldest dam, including the residual stone water channel, bluestone valve and keeper’s cottage built in 1853. The park is also a great place to walk and picnic.

Yan Yean Reservoir is another park that should benefit from the Urban parks active wellness program. These improvements to the city parks in our estate include new shelters and picnic tables, renovated or improved toilets, parking lot repairs, improved electric barbecues, replacement of play equipment, signage improvements, wider and more accessible trails and trail repairs. 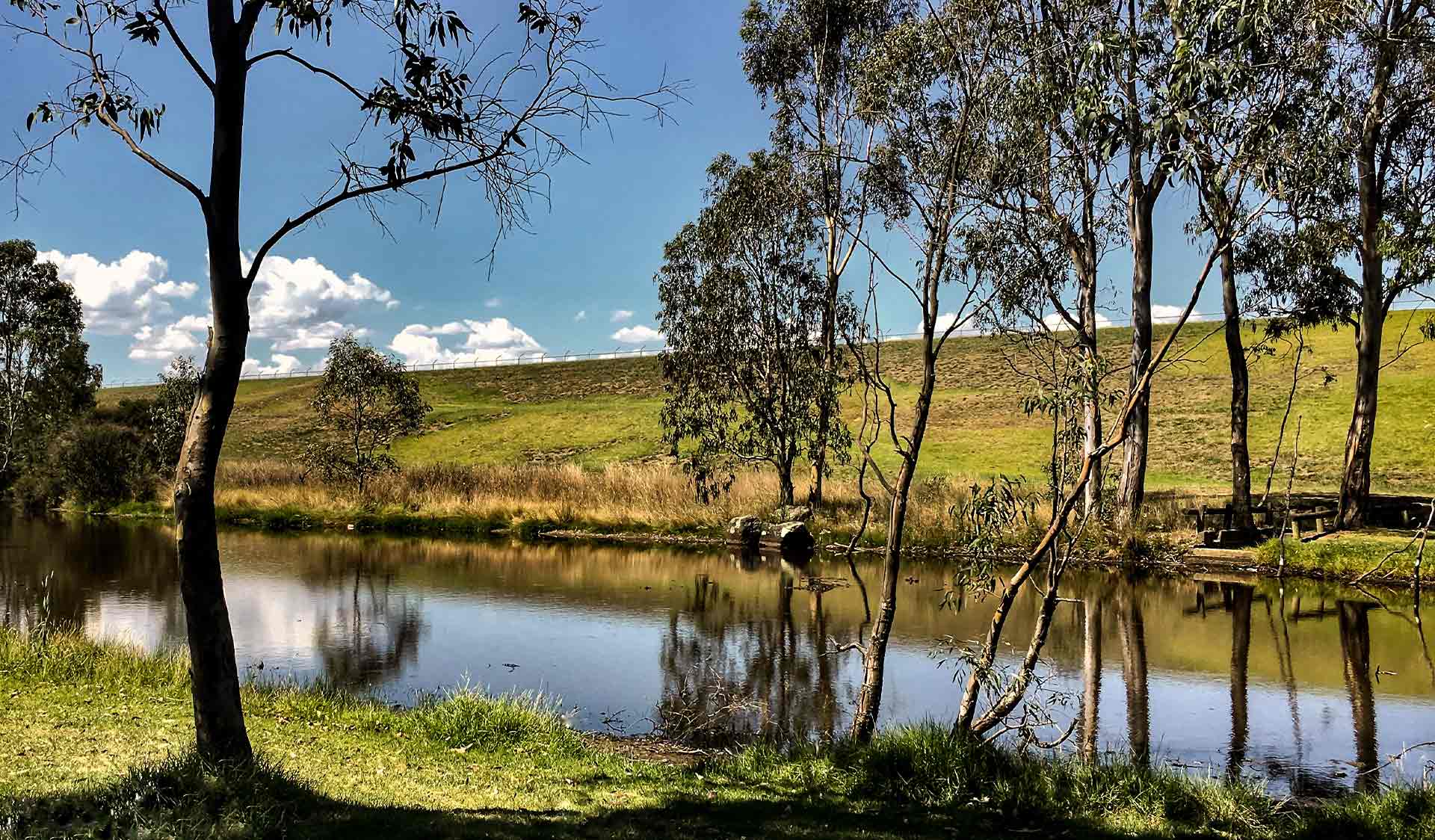